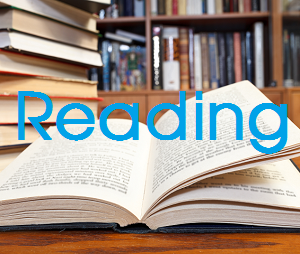 This post provides an overview of Rastle’s (2019) article, Writing Systems, Reading and Language, in which she argues that  written language has diverged from spoken language, communicating different information. Understanding this divergence is arguably key to effective reading and spelling instruction.

In classic Greek and Latin, writing was seen as a direct representation of the spoken word and texts were written with no spaces between words nor other graphic conventions (e.g., punctuation). These texts were only read aloud.  In the 7th century, the emergence of spacing between words, punctuation and other graphic conventions coincided with the advent of silent reading. This transition allowed for the development of rapid reading and deeper levels of text analysis.

The ultimate aim in reading is to not just map symbols to sound, but to map symbols to meaning (i.e., morphemes which are the smallest unit of meaning). Once you focus on symbol-meaning relationships, then the regularity of English increases significantly. The English language consists of a finite number of stem morphemes (e.g., book) which are combined with other stem morphemes to form compound words (e.g., bookmark), prefixes (e.g., rebook) or suffixes (e.g., booked). Understanding the meaning of individual morphemes allows readers to surmise the meaning of other words containing the same morpheme and to deduce the correct spelling of words. For example, it is easier to extract the meaning of ‘magician’ and ‘health’ if you understand that they are derived from ‘magic’ and ‘heal’. Similarly if you know ‘ist’ means a specialist in, you can determine the meaning of ‘artist’, ‘physicist’ and ‘pianist’.

In terms of spelling, if you know that ‘difference’ is derived from ‘differ’, you are less likely to spell the word as it is pronounced ‘difrence’.  If you know that the morpheme ‘ed’ is used to indicate past tense, you are less likely to write ‘t’ or ‘d’ at the end of words such as ‘helped’ or ‘farmed’. From a teaching perspective, a strategy to help students spell words ending with the /t/ or /d/ sound correctly, is to ask them to say the word without that final sound and then determine if they are left with a word or not. If it is a word, then they will add ‘ed’. If not, they will add ‘t’ or ‘d’. For example, take the /d/ off ‘farmed’ and you are left with’ farm’ which is a word. Therefore the /d/ is spelled ‘ed’. Take the /d/ off ‘land’ and you are left with ‘lan’ which is not a word. Therefore the /d/ is spelled ‘d’.

Neuroimaging studies show that skilled readers use two broad neural pathways: The dorsal pathway which maps spelling to sound and the ventral pathway linking sound to meaning. Hundreds of studies have demonstrated that the acquisition of speech-sound and hence the development of the dorsal pathway is a critical foundation in learning to read and continues to be important in proficient adult readers in both the decoding of unfamiliar words and in skilled silent reading.

Current theories also propose that phonological decoding on its own is insufficient for rapid word recognition and text comprehension. Rather skilled readers must also acquire direct mapping between printed words and their meanings. This direct mapping is represented in the ventral pathway which becomes increasingly sensitive in late childhood and early adolescence.

The development of sound-meaning connections involves identifying and understanding the meaning of individual morphemes. Recent research suggests that as a part of this process prefixes and suffixes are ‘stripped’ from the stem and each are stored independently. Individuals are then able to combine these morphemes in multiple ways facilitating rapid recognition of thousands of words, enhanced comprehension and improved spelling.

In terms of  reading and spelling instruction, the current research is indicating the importance of not only teaching sound-symbol mapping (phonics), which should be the initial focus, but also teaching morphology (the meaning of root words, prefixes and suffixes) once students have some understanding of sound-symbol connections.