The following post has kindly been contributed by Dr David Kilpatrick. Dr Kilpatrick is an Assistant Professor of Psychology at the State University of New York College, Cortland and a New York State Certified School Psychologist with the East Syracuse-Minoa Central School District. He is an expert and experienced clinician in reading assessment and intervention, and has recently published Essentials of Assessing, Preventing, and Overcoming Reading Difficulties

There is research literature stretching from the 1940s up until recent years to show that students who were never taught any kind of explicit phonics can read nonsense words and can do phonemic awareness tasks. Of particular interest are studies in which children or adults (i.e., college students) are taught new words using a synthetic alphabet (artificial letters). They eventually learn the sound values of those letters even though attention is not drawn to the sounds of those letters—they figure it out on their own.

The point I would like to make about these developmental studies and these studies using a synthetic alphabet, is that the only way to successfully learn to read in alphabetic-based writing system is to know the sound values of the letters. There is no work around for that. Phonics is essential for ALL readers. All children who are going to be a good readers (which account for about the top two thirds of students) learn phonics whether we teach them or not. Those students in the bottom third will not develop those phonics skills without being taught explicitly, or at best, they will develop them very poorly.

Second, based on the research literature and my experience with children both in school-based evaluations (struggling readers) and data gathering for research studies (mostly typical readers), I would suggest that if we think of the children who have subpar phonological skills, these children will fall along a continuum from 1) mild to 2) moderate to 3) severe.

So my working assumption is that a child’s responsiveness to phonics (and word reading in general) is largely determined by the child’s phonological skills (or should I say, the child’s potential for phonological skill development). In my experience with hundreds of school-based evaluations, I have seen many children who fit into these three patterns quite neatly. When I read the research through the lens of this perspective, many findings fall into place.

The other definition of “advanced phonemic awareness” is that it refers to the ability to segment sounds in words—even complex words with blends of them—in an instant and automatic fashion, without any conscious effort. In fact, that’s the sort of phonemic awareness that develops between the end of first grade and about third grade in typically developing readers (which is why this definition is the other side of the coin of the first way I define “advanced phonemic awareness skills”). In other words, typically developing readers have pretty much mastered phoneme-level segmentation and phoneme blending by the end of first grade. However, such skills typically require conscious effort when explicitly asked to perform segmentation or blending tasks. But, as a result of two years of reading practice (particularly sounding out words) and spelling, they become very proficient at accessing the phonemes within words so that the process becomes largely implicit, automatic, and unconscious.

I have screened hundreds of typically developing (and struggling) children from kindergarten through fifth grade and this is exactly the pattern I’ve seen. A manipulation task is the only way to guarantee if a child’s segmentation skill is truly effortless and unconscious. Why? If you do a segmentation task, that task is by nature a conscious task. You just asked them to do it and that is what they are focusing on. Thus, you have no way of knowing for certain if their segmentation ability is automatic/unconscious or not. By contrast, when you ask a child to remove the /l/ from clap and they instantly say cap, you know that their segmentation skill is automatic and largely unconscious. You know this because they just did four classic phonemic awareness tasks and under one second. First, they segmented clap. Second, they did phoneme isolation (they determined where the /l/ is in the word). Third, they deleted the /l/ sound. Fourth, they blended the sounds that were left over to arrive at cap. Thus, instant responses to manipulation tasks are the only way we can know if segmentation is truly automatic and unconscious. It seems to be the only way (or the most efficient way I can think of) to determine if the student has advanced phonemic awareness skills.

Support for this comes from two independent areas. One is the orthographic learning literature. When you attempt to integrate Ehri’s orthographic mapping theory with Share’s self-teaching hypothesis, as I have done in a 2015 publication and in an in-press publication (email me if you’d like it), phoneme segmentation must be unconscious and automatic. To do what Ehri says we are doing within the time-limited scenario in which Share says we are doing it, segmentation simply must be automatic and unconscious. This “advanced” level of phonemic skills (which I call “phonemic proficiency,” a term I use synonymously with “advanced phonemic awareness”) appears to be required for readers to do what Ehri and Share say readers are doing.

Additional support comes from the intervention literature. Study after study that involves teaching phonics but with little or no explicit oral-only phonemic awareness training, yields single digit standard score improvements in real word reading. This is often accompanied by very large standard score improvements in nonsense word reading. I have come across approximately 17 studies that have 12 to 25 standard score point gains of improvement in real word reading, and every one of them used phonemic manipulation training along with phonic decoding training. Studies using phonics instruction alone without oral-only phonemic awareness training yield about 3-4 standard score point gains in real word reading. Studies that do phonics instruction and explicit oral segmentation and oral blending (oral, not just with letters) consistently show about 6 to 8 standard score point gains. But studies that teach explicit phonics and do phoneme manipulation training consistently show about a standard deviation gain, and these gains are sustained over time (e.g., Torgesen et al., 2001).

Consistent with my mild, moderate, and severe descriptions above, intervention studies that use only phonics or phonemic awareness display 2-3 standard score point gains that are not even sustained at follow ups (i.e., no phonemic awareness activities, no sustained gain).

So I think we need to pay attention to whether a child’s phonological problems are mild, moderate, severe, or nonexistent (i.e., average or better). When we talk about this issue of the “chicken or the egg” regarding reading and phonemic awareness, we have to ask, “In which of those four groups is the child?” I think lumping all children altogether has brought confusion, and not clarity.

For phonological awareness activities check out 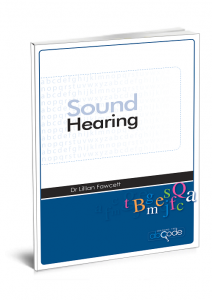 View all posts by Lillian →
Reading to Children: Necessary but not Sufficient
Create an Image Tree