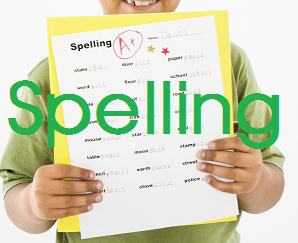 In Middle English, although the pronunciation remained the same, the spelling was changed to ‘wh’, but interestingly some of the interrogative words that we now spell ‘wh’ were also spelled ‘qu’ (e.g, quen=when and quere=where).

Beginning in the south of England in the 13th century, /hw/ began to be pronounced as plain /w/. Initially, it was deemed ‘uneducated’ to pronounce ‘wh’ words as /w/ until well into the 18th century. The change in pronunciation resulted in the loss of a distinction between pairs of words such as witch/which, wear/where, wails/whales/Wales, weather/whether and became known as the wine/whine merger.

During the Old English period, before rounded vowels (e.g., /o/ and /u/), there was a tendency for the /hw/ sound to be pronounced as /h/. This resulted in interrogative words such as ‘how’ (originally ‘hwo’) being perceived and consequently spelled as beginning with just /h/.

Similarly, in the Middle English period and with the introduction of rounded vowels, there was a tendency for the sound /h/ to sound like /hw/. Consequently, some words which were historically pronounced as /h/ came to be written as ‘wh’ (e.g., whole).  Around the same time, some ‘wh’ words followed by a round vowel were reduced to /h/ even though they continued to be spelled ‘wh’ (e.g., who, whom).

So, for those English dialects in which there is no distinction between the pronunciation of ‘wh’ and ‘w’, how do we help students remember which words require the unpronounced ‘h’?

There are actually not many words commonly used in English beginning with ‘wh’.

The following list shows all the base words beginning with ‘wh’ pronounced as /w/ which occur at least once per million words. The number next to each word indicates the approximate number of times the word occurs per million words

I use two combined strategies to help my students remember the key words: The question hand words located on the fingers (where, when, what, why, which) and the whale picture. By remembering these two key pictures they have a good chance of correctly adding in the silent ‘he’ when required.